Top Blu-rays of the Year

Below are five Blu-rays released in 2012 which, through the quality of their presentation, deepened my appreciation of the films themselves. One Blu-ray—Bela Tarr’s The Turin Horse—is a new film that received only a limited theatrical release this year. 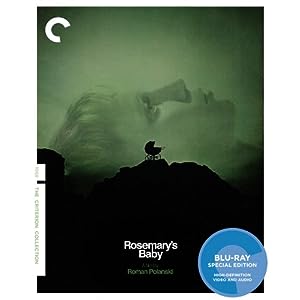 Rosemary’s Baby holds up as one of the greatest films of the 1960s and one of Polanski’s richest masterpieces: a precision-crafted horror film about a woman who is systematically deprived of control over her own body. The new director-approved transfer brings out the film’s visual textures like never before.

Considering the incomplete state in which Lubitsch’s film survives, this Blu-ray looks nothing short of amazing thanks to Alpha-Omega’s digital restoration. This is not Lubitsch’s strongest film by any means, though its recreation of ancient Egypt is impressively conceived and the Blu-ray brings out the detail of the costumes. The real highlight of the disc is Eduard Künneke’s orchestral score, originally composed for the 1922 premiere. It is arguably better than the film itself, and the new recording (performed by the WDR Rundfunkorchester Köln and conducted by Frank Strobel) shows it off to full advantage. 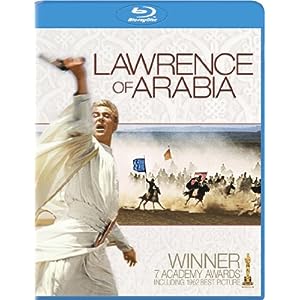 Please forgive the use of “amazing” a second time, but this Blu-ray really does look amazing. Although the Blu-ray format cannot match the resolution of an actual 70mm print, the sharpness of the image and the depth of color remind me of the thrill I experienced watching Lawrence of Arabia on the big screen years ago. I picked up the less expensive two-disc version, but the collector’s set is even more crammed with features. 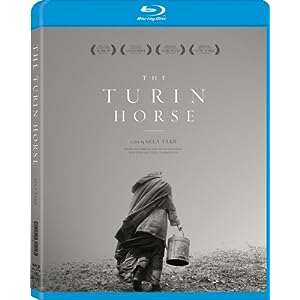 Bela Tarr’s final film (or so he claims) is one of his best. Last month I wrote the following comments for the Emory University website:

Everything else released this year looks puny in comparison to Bela Tarr’s “The Turin Horse”: It is the end of the world. A Hungarian farmer with a paralyzed arm, his daughter and his one horse struggle against the constant wind. The film’s vision of human existence, stripped down to the barest essentials, brings to mind Samuel Beckett.

Tarr once again demonstrates his usual stylistic mastery, using only 30 shots in a mesmerizing film that runs almost two and a half hours. He has claimed that this will be his last film. The film unfortunately did not play theatrically in Atlanta, but Cinema Guild’s Blu-ray does a marvelous job conveying the textures of Fred Kelemen’s extraordinary black-and-white cinematography.

I would only add that while the film does indeed remind me of Beckett’s Endgame in some respects, it is wholly cinematic in the camera’s implacable gaze upon the world. This is the kind of fully realized vision of cinema that one rarely sees today.

1. The Passion of Joan of Arc (Masters of Cinema) 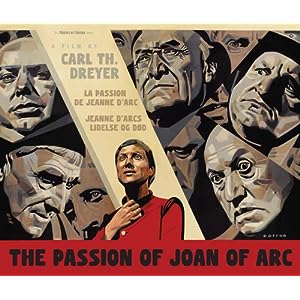 This was an easy first choice. If you haven’t purchased a region free Blu-ray player, the revelatory Masters of Cinema edition of Carl Dreyer’s The Passion of Joan of Arc (1928) is one very good reason why you should. Even if a company such as the Criterion Collection eventually releases the film on Blu-ray in the U.S., it is unlikely that they will top Masters of Cinema’s thoughtfully produced package.

For this edition, Masters of Cinema has conducted their own 2k digital restoration based on a preservation negative made from the rediscovered nitrate print of the original Danish premiere version. (Although mainly a French production, the film premiered in Copenhagen in April 1928, several months before its premiere in France.) This is in fact the same basic source material that Gaumont used for their earlier restoration and which the Criterion Collection released on DVD. The new Masters of Cinema restoration, supervised by James White, is markedly superior for a variety of reasons.

The most important difference is the projection speed. Whereas the Gaumont restoration was generally shown at 24 frames per second, including on the Criterion DVD, in retrospect that speed is almost certainly too fast. The Masters of Cinema restoration is shown at 20fps, although the Blu-ray also offers 24fps as a secondary option. Dreyer’s film tends to use rapid cutting, and the slower projection speed allows the actors’ facial expressions and gestures to register properly with the viewer and achieve a deeper emotional impact. When comparing the two speeds, I also noticed that in the 24fps version the characters spoke entirely too quickly. In the 20fps version, their lip movements, although at times very fast, felt more natural. Although my French is not very strong, I even began to pick up words from the actors’ lips. As if by some uncanny mechanism the film seemed to emerge from silence into speech. All of Dreyer’s artistic choices coalesced—the intensely expressive close-ups, the blank walls and the oddly angled windows, the eccentric tracking shots—and the world of the film opened up to me.

Another key difference is that Gaumont’s earlier restoration replaced the Danish intertitles with reconstructed French intertitles. While that was understandable given the film’s production history and subject matter, I prefer Masters of Cinema’s decision to respect both the print as a historical artifact and the integrity of the Danish premiere version in its own right. The Danish text uses a distinctive typeface that contributes to the overall character of the film, whereas the reconstructed French intertitles of the Gaumont restoration have a modernized feel that don’t entirely fit.

The image quality of the new restoration is uniformly excellent, especially considering the wear on the surviving print. The restoration team has done much to stabilize the image and to repair damage digitally, but these tools have been tastefully applied and the film’s original texture has been preserved well. The transfer also beautifully renders the film’s delicate range of grays. To get a sense of the radical difference between this new restoration and older iterations of the film on DVD, check out DVD Beaver’s extensive comparison.

The soundtrack comes with two options: silence, or a piano score by Mie Yanashita. Most silent films really demand some kind of musical accompaniment; but I have come around to agree that The Passion of Joan of Arc is best watched in silence, as Dreyer is said to have preferred. Still, Yanashita’s piano score works well as a traditional-style accompaniment. (For the record, I have always found that Richard Einhorn’s oratorio Voices of Light competes with the film in an unhelpful way because of how it adds choral singing on top of what is already a dialogue-heavy silent film.) The optional 24fps presentation of the film includes an avant-garde score by Loren Connors.

The Masters of Cinema set also has a generous booklet that includes a detailed history of the film by the Danish scholar Casper Tyberg.